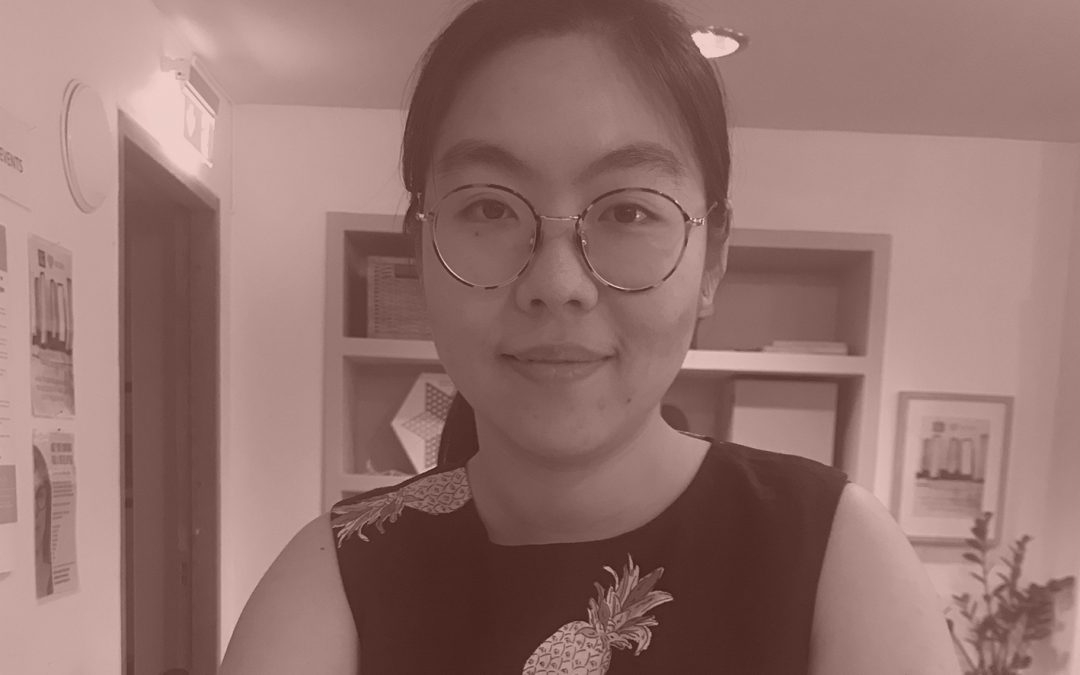 SmartCoding (SC): What is your background? Tell us a bit about yourself.
Xinge (X): I have a bachelor’s degree in food engineering and a master’s degree in toxicology from Karolinska Institutet. After that, I worked as a doctoral student researcher in SciLifeLab for two years with a focus on genetic and computational/quantitative biology projects.

SC: What made you interested in a career as a developer? And do you remember what was the first moment when you realised you want to try programming?

X: The first moment that I tried programming was during my master’s study on a biostatistics course, I tried programming in R and generated several nice figures. Since then I started to try programming more and more, worked on several projects so I could use my programming skills. Then I felt that using programming in a biology lab is not enough for me and I would like to learn more. There I realized that being a junior developer is a great chance to continue programming and learn some new things every day.

SC: What are the advantages and challenges of learning at SmartCoding?

X: Challenges are mainly about my limited knowledge and experience in some programming languages. It is always difficult to start. But there are many advantages, as a group of motivated girls – we can always learn from each other, share our feelings, discuss questions and confusion. You do not feel alone. In addition, Victor, our teacher, always tries to be there and help, both physically and remotely. The SmartCoding program has done its best to increase our chance to be recruited.

SC: What have you learned so far?

X: I have learned to program in Django, React, Python and JavaScript and gained experience in both frontend and backend. Other than that, I have learned to work in pairs, to organize tasks in order and always finish them before the deadline.

SC: How does a typical class at SmartCoding look like?

X: In the first month, we typically had lectures about basic Python, JavaScript and SQL given by Victor. Small exercises and tasks were given to us to practice. In the second and third month, we were mainly focusing on the real IT projects, Victor and mentors were coming a few times per week and the rest of the time we were working in pairs on our projects.

SC: What would you say to a woman, who, same as you a few months ago, wants to become a developer without having an IT background?

X: I have the same concern as you’re having right now, but don’t worry! As long as you have passion and motivation, you will become a developer. Just believe in yourself.